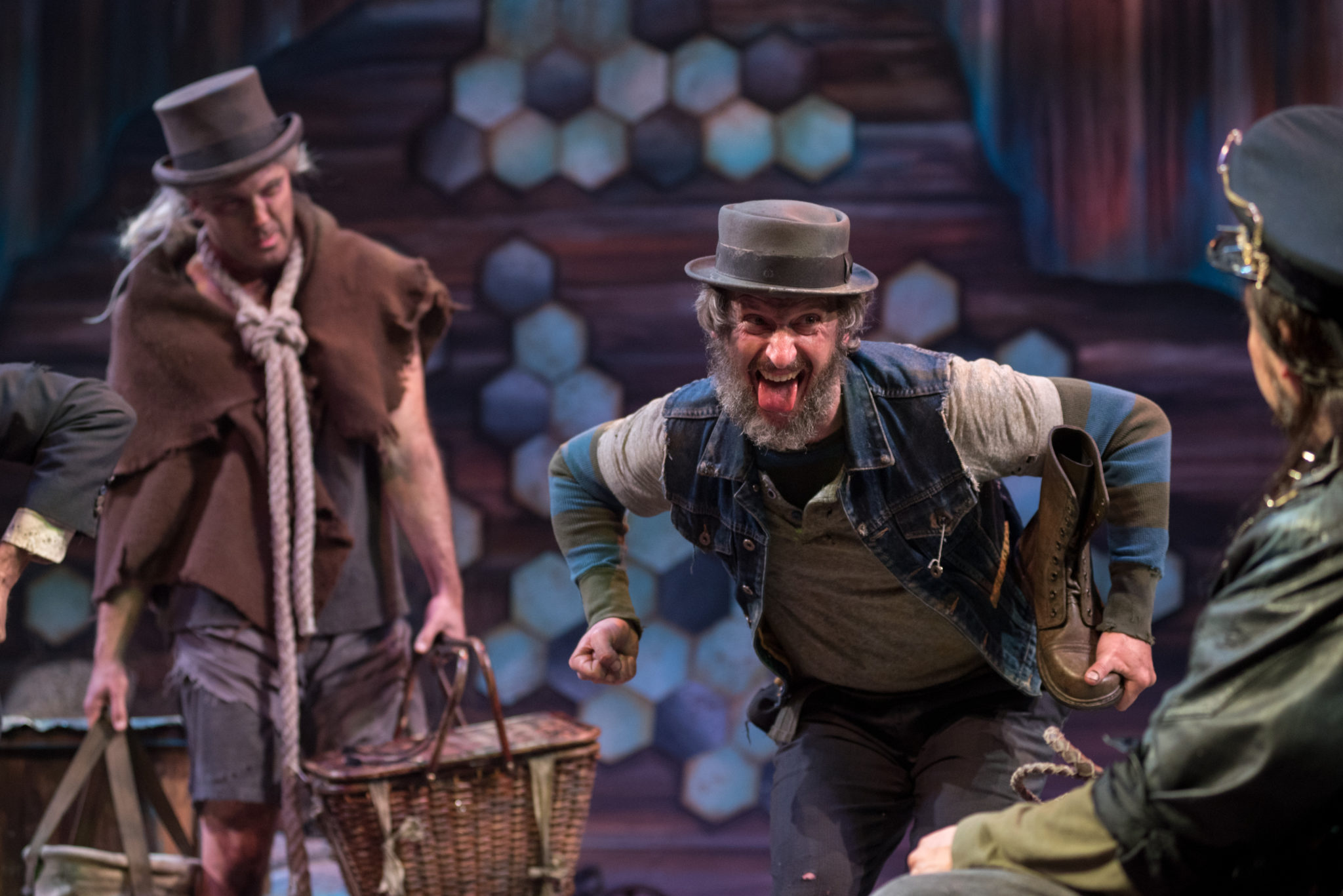 Samuel Beckett’s Waiting for Godot is one of those unpopular masterpieces that is so brilliant, I can’t help but like it–even while hating it. The Arvada Center’s breathtakingly nuanced production of the Absurdist comic-drama is so good, I fear there may be a resurgence of interest in the author’s bitter, pessimistic, and confounding work.

Desperately upbeat and outgoing Vladimir (Sam Gregory) and brooding, anxious Estragon (Timothy McCracken) are stuck in a bleak and lifeless landscape, waiting. This isn’t just Department of Motor Vehicles-style waiting. It’s “the world is terrifying, life makes no sense, death is probably worse than the misery of living, so let’s twiddle our thumbs and try not to commit suicide” waiting.

Didi and Gogo endure the excruciating tedium in numerous ingenious and often entertaining ways, but it doesn’t really help. The arrival of two other sufferers (Josh Robinson and Sam Gilstrap) only makes things worse. They persist, but aren’t sure why, and doubt the answer will ever come.

Then why did I laugh so hard, nearly all the way through?

If it’s not masochism, it must be great theatre.

Credit goes to Geoffrey Kent’s superb direction and the casting of Gregory and McCracken in the lead roles. They have peeled away every layer of meaning, every nuance, every possible revelation from this densely written play, then physicalized it with boundless energy and comedic genius.

Watching these masters at work was a thrilling experience, even as my soul recoiled at the characters’ predicament.

The Lucky/Pozzo interludes spun away into a kind of unpleasant sadism and dementia-like stream of consciousness babbling that made Didi and Gogo seem high-functioning in comparison. The cameos by a Boy (Sean Scrutchins) were maddeningly obtuse.

Brian Mallgrave’s scenic design was at once highly symbolic and post-apocalyptic industrial, and Meghan Anderson Doyle’s grubby, raggedy costumes were appropriately wretched, but made me wonder if they could be laundered after a week of performances, or just thrown away and replaced.

Waiting for Godot might not be everyone’s cup of hemlock, but there’s no denying it’s a masterpiece, and the Arvada Center’s Black Box production knows how to make the most out of it.

Review: Arvada’s Waiting for Godot Is Funny, Sad, Moving…and a ...
Scroll to top