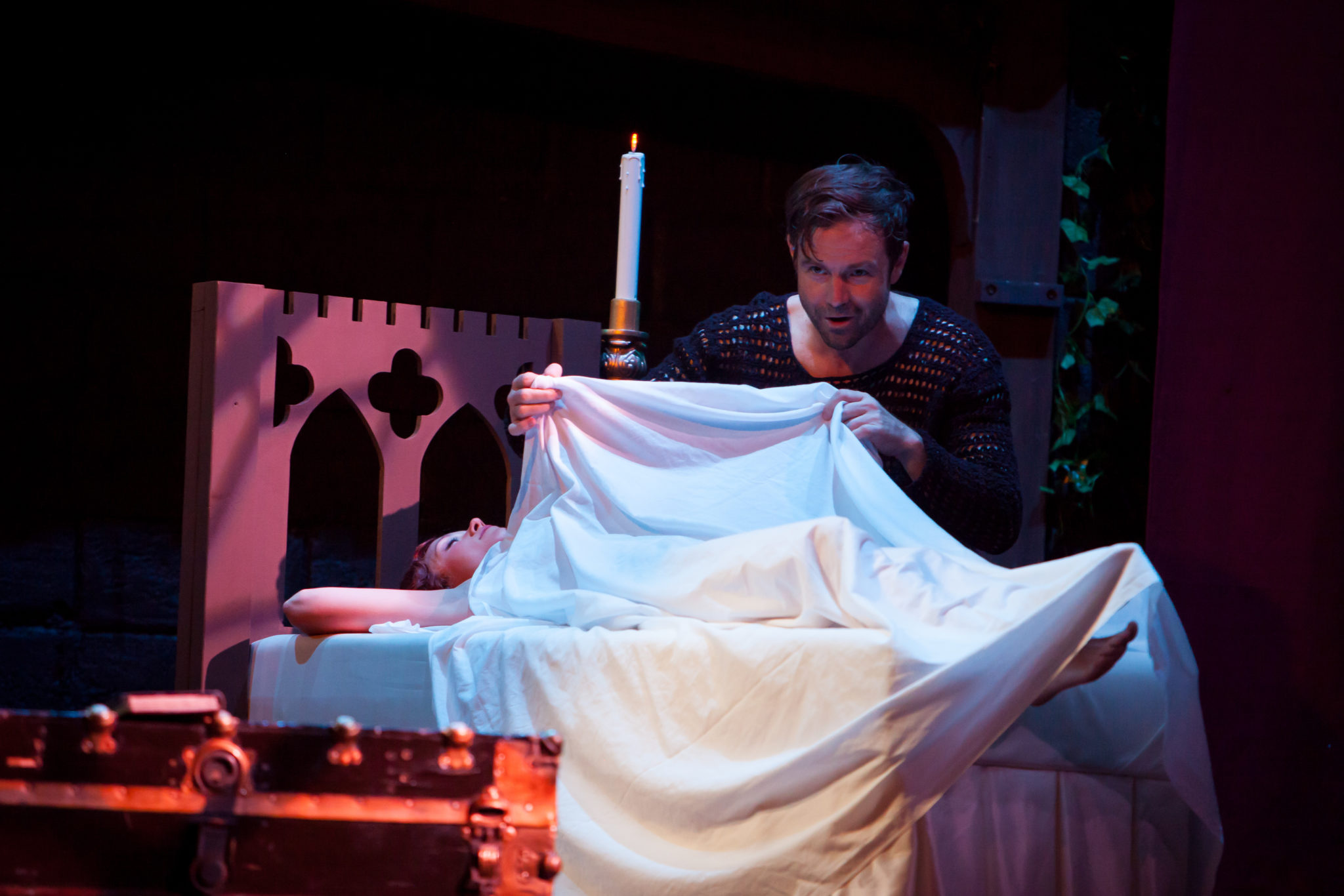 “Cymbeline” represents the work of an artist in the midst of a major transition.

The play figures among William Shakespeare’s last works. The romance premiered in the first decade of the 17th century, years after the Bard of Avon had already penned the masterworks most frequently associated with his artistic legacy. A tale of ancient Britain that delves into love, loss, war and mistaken identity and that features a cameo by a god, “Cymbeline” is a stark departure from the tragedies, comedies and histories well-known to most casual readers of Shakespeare.

Sure, the playwright’s signature voice is unmistakable here, as are plot points and dramatic conventions that echo the content of other late romances like “The Tempest” and “The Winter’s Tale.” Still, the piece boasts a fanciful, fantastical quality, one rooted in a romanticized, storybook version of classical Britain.

The action hints at a departure from the weighty, woeful questions posed in titles like “Macbeth,” “King Lear” and “Henry V.” Here the playwright seems more concerned with questions of rebirth, personal joy and legacy.

Those qualities are what make the piece such an interesting, albeit overlooked, entry in the Bard’s catalogue. They’re also what make the Colorado Shakespeare Festival’s current production of the show, directed by Jim Helsinger, such an ideal fit into the troupe’s 2016 season.

The festival’s creative brass have touted the current season as a jaunt through myths, legends and fairy tales, and nowhere is that theme more apropos than in “Cymbeline.” While “Troilus and Cressida” deals with questions of ancient Greek myth and “The Comedy of Errors” includes references to the classical world, neither of these other CSF 2016 selections revel in the lure of fairy tales and fantasy as much as “Cymbeline” does.

Director Helsinger taps into that quality, and along with a brilliantly cast troupe of players, the director makes the drama stand out. With its tasteful mix of comedy, romance and earnestness, the production fulfills the larger creative mission of CSF producing artistic director Tim Orr, who has spoken of reviving interest in the Bard’s lesser-known works.

“Cymbeline” touches on timeless themes in ways that are difficult to find in the rest of Shakespeare’s catalogue, and it stands out as the work of an artist entering a different phase.

Though “Cymbeline” fell out of favor with critics as early as the 18th century, the CSF’s deft and dynamic production shows just how important the show is to the Bard’s larger legacy.

The romance’s titular character, Cymbeline (John Hutton), is the king of ancient Britain, a ruler whose reign is simultaneously threatened by outside enemies and domestic strife.

The play opens many years into his reign — he’s married to his second wife (Anne Pennar), an evil queen who boasts all the maleficence of a Disney villain. She bears no loyalty to Cymbeline; her prime concern is seeing her bumbling and villainous son by a former husband, Cloten (Sean Scrutchins), installed on the throne.

Complicating the matter, Cymbeline’s daughter Imogen (Lindsey Kyler) has secretly married Posthumus Leonatus (Steven Cole Hughes), a gentleman who’s fallen out of favor with the king to such a degree that he finds himself banished within the first 10 minutes of the show.

Leonatus flees to Italy, where he extols the virtues of his faraway bride. It’s a boast that draws the scorn of the Roman Iachimo (Geoffrey Kent), who wagers he can travel to Britain and seduce Imogen with little trouble. Iachimo fails in his attempted seduction, but that doesn’t stop him from coming up with a fabricated tale of romantic victory, along with manufactured evidence of infidelity.

All of this action unfolds as Cymbeline’s two sons — the rightful heirs to the throne — live in the wild with Belarius (Howard Swain), a banished lord who kidnapped the pair of brothers when they were babies. Those sons, Guiderius and Arviragus (Benaiah Anderson and Christopher Joel Onken), are unaware of their true identities as princes and rightful claimants to the throne.

All of these narrative strains are rapid-fire. Shakespeare sets down enough intrigue to easily trip up an amateur troupe, but Helsinger and the cast infuse every subplot with care and continuity. The main narrative line of a romance threatened by lies and subterfuge stands as the show’s heart — as Leonatus and Imogen, Hughes and Kyler help ground the show’s frenetic pace, and they do it with a light touch. They’re not the only ones. As the villainous Iachimo, Kent could have easily gone the Iago route, playing the character as a straightforward baddie. Instead, Kent infuses Iachimo with comedy and no small amount of heart, a touch that brings the heart of the show to the fore.

This touch sets all of the other complex components into entertaining and compelling motion. Scrutchins’ frenetic turn as the oafish Cloten, Pennar’s performance as the evil queen, Hutton’s magisterial presence as Cymbeline, the trio of Swain, Anderson and Onken as a deus ex machina that sets right questions of succession — all of these performances shine with the aid of the central story. Indeed, they keep the intrigue and action vibrant through some of the play’s clumsier, more frenetic stretches.

Top-notch fight choreography by Kent and Anderson help maintain that same sense of urgency and action, as does the fine work by scenic and lighting designer Stephen Jones.

Combined, the effect is revelatory. “Cymbeline” is a show rooted in grandiose themes and fanciful plot twists. The playwright is working hard to set out on a new path here, and that effort could easily be mishandled. The ambitious scope of the show may very well be why it historically failed to garner the attention and praise of “Hamlet” or “Julius Caesar.”

Judging by the raucous and enthused responses of the crowd on opening night, however, “Cymbeline” boasts plenty of depth to make audiences laugh, gasp and think. Helsinger and a fine cast have plumbed the heart of this unfairly marginalized show, and the CSF is all the richer for it.

Feature: Colorado Matters on Gender Swapping The Comedy of Errors

Review: The Comedy of Errors
Scroll to top