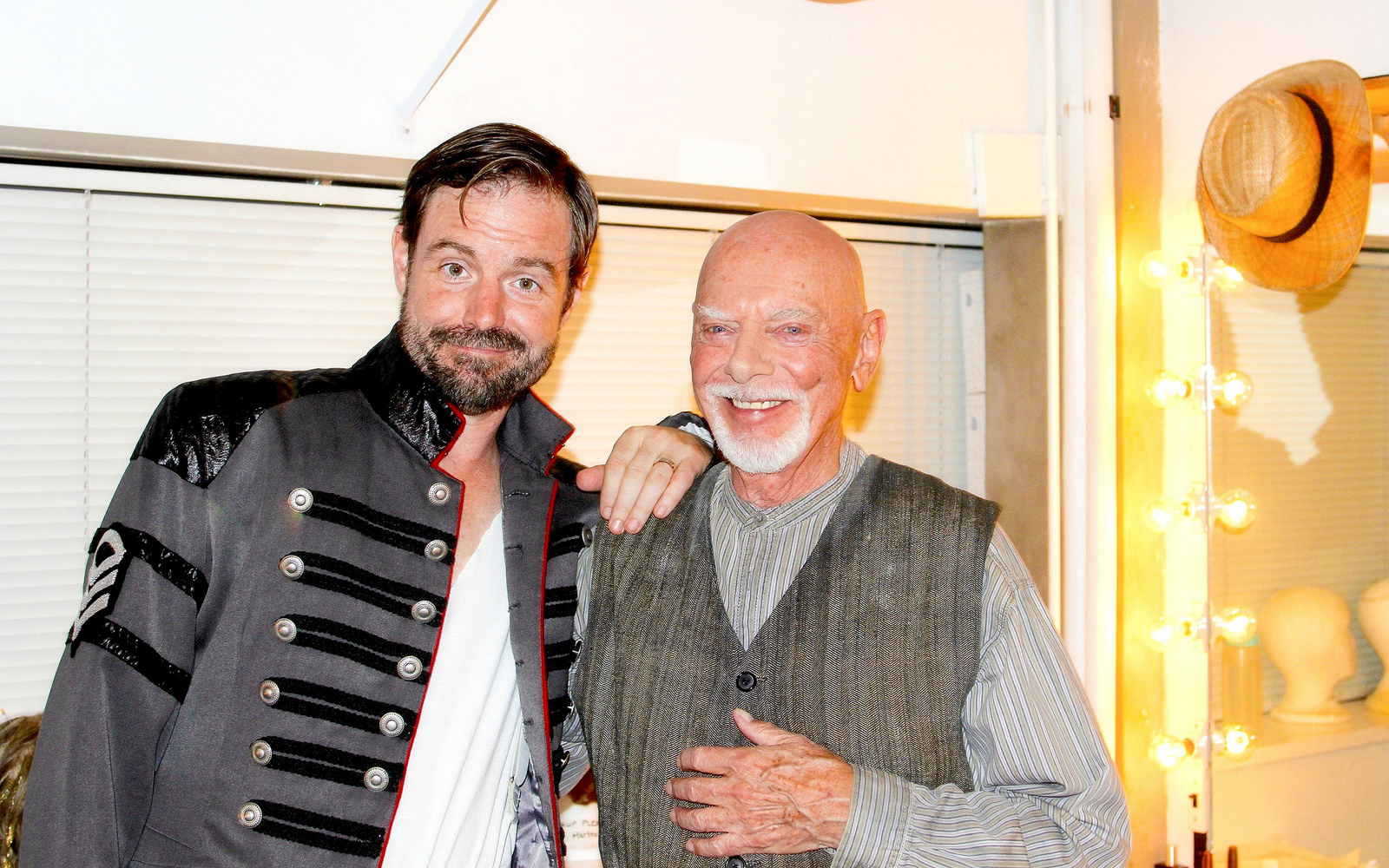 Review: There’s a Lot to Love About the DCTC’s As You Like It

As You Like It is an extended examination of love set in the Forest of Arden — a place that the Elizabethans, steeped in a pastoral tradition that idealized country life, would have seen as far more pure and innocent than life at court. “Come hither, come hither, come hither,” sings the exiled Amiens. “Here shall he see/ No enemy/But winter and rough weather.” For Shakespeare, though, the forest is more complex: It can also be confusing and dangerous. In A Midsummer Night’s Dream — another comedy about love — a quartet of lovers enters the woods and, under the influence of supernatural creatures, plunges into a world of shifting identities, forgetting whom they love and almost who they are. There are identity crises in the Forest of Arden, too, but these go deeper, raising universal questions about love, death, kindness, evil and the meaning of human existence — though the tone in the Denver Center Theatre Company’s superb production of As You Like It remains playful and lighthearted throughout.

At the center is one of literature’s finest love stories. Orlando and Rosalind, having met briefly at court and fallen instantly in love, have been separately banished by the usurping Duke Frederick; both set out for the forest, where Frederick’s counterpart, the usurped Duke Senior — who happens to be Rosalind’s father — lives with his entourage. (The dukes are played by the same actor, J. Paul Boehner — the first with angry abruptness, the second as the soul of generous patience.) Rosalind is disguised as a youth and accompanied by her beloved friend Celia. Finding the lovesick notes Orlando has pinned to trees, she accosts him and, in her new male persona, promises to help him deal with his lovelorn condition by impersonating his beloved — herself. Through a series of arranged meetings, she teases, provokes, scolds and flirts with him. Shakespeare is known for his amazing women — women of strength, wit, humor, clever calculation and steadfastness in love — and Rosalind may be the pearl among them. Speaking not in verse but in a quicksilver prose that rushes and eddies like a running brook, she soon has Orlando dazzled.

Theirs is not the only love story. The court jester, Touchstone, enjoys a faithless romp with rural lass Audrey. Corin, a shepherd, pursues scornful Phoebe. More seriously, lovely Celia eventually falls for Orlando’s wicked brother Oliver, who has been suddenly and conveniently converted.

A central figure is Jaques, one of Shakespeare’s greatest creations: moody, melancholy, ironic and deep-thinking, a perennial outsider and observer for whom even the kindly society of the forest is oppressive. Adam, Orlando’s devoted servant, is a portrait of self-sacrificing goodness. There’s also something deeply beautiful in the devoted but never sentimental friendship between Celia and Rosalind.

Perhaps the greatest strength of Kent Thompson’s production is his Rosalind: Carlyn Holding, on whose tongue the speech feels at home, and whose Rosalind alternates between giddy girlishness and a natural dignity. But though she’s a standout, Holding doesn’t outshine the rest; there’s just so much strength on the stage. Maurice Jones’s Orlando possesses a sly, charming humor but shows passion and strength where required (a shoutout for the brilliantly kinetic wrestling match between Jones and William Oliver Watkins’s Charles, staged by fight master Geoffrey Kent). Celia could easily recede into “best friend of the protagonist” invisibility, but Maren Bush’s Celia is thoroughly present, as clever and ironic as she is warm-spirited. Then there’s Emily Kron as dark-eyed, black-haired Phoebe: Is she an allusion to the rejecting Dark Lady of Shakespeare’s Sonnets, the one with reeking breath and hair like black wires? Kron is profoundly and emphatically watchable, as are Nick LaMedica as her despairing Silvius; Adrian Egolf playing dumb, sweet, rustic Audrey; and M. Scott McLean as both Amiens and a memorable Le Beau. As Jaques, Daniel Pearce felt a little off-kilter at first but eventually made the role his own. Matt Zambrano deserves a lot of credit for making Touchstone’s jokes comprehensible and funny, but I found his portrayal obtrusively cute.

The tech is gorgeous, with Charles R. MacLeod’s lighting and Charlie I. Miller’s projections creating evocative changes in season and setting. Denitsa Bliznakova’s costumes move fluidly and help create perhaps the most beautiful image of the evening: Rosalind, tall and slim in her lacy wedding dress, the luxuriant red hair that’s been concealed under a boy’s cap all evening falling to her shoulders — the very shape of love triumphant.

Review: Geoffrey Kent Steals the Show as Iago in the CSF’s Othello