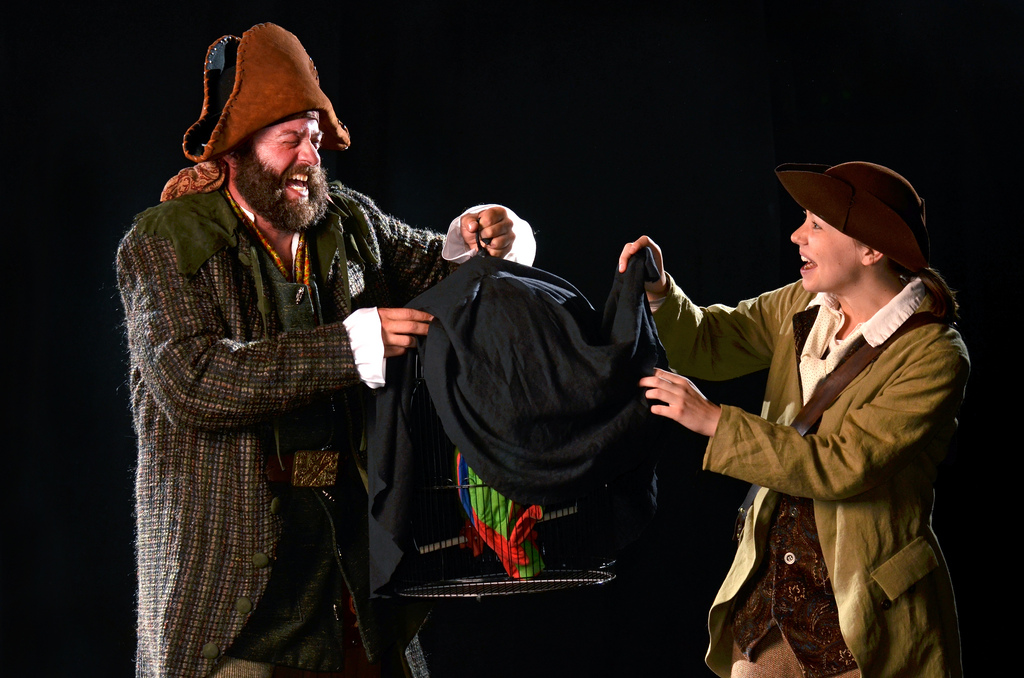 Watch a group of kindergarteners at play during recess and you’re likely to see little humans who are uninhibited, fully committed to what they’re doing, and totally caught up in the make-believe of the moment. In other words, you’re likely to see some pretty good acting.

The ensemble in the Colorado Shakespeare Festival’s “Treasure Island” attack the swashbuckling story with the same kind of abandon as young kids at play. This group is having a ball, and it makes “Treasure Island” the most accessible and entertaining show on the Mary Rippon outdoor stage this summer.

Adapted for the stage from the 1883 Robert Louis Stevenson novel by Ken Ludwig, the play is family friendly in the best sense of the term. The kids will be taken by the sword fighting — the best on a CSF stage since 2008’s “Three Musketeers” — and larger-than-life characters, and the grown-ups will be touched by the coming-of-age aspect and surprising complexity of some of the relationships.

Even if you don’t know the “Treasure Island” adventure, you will probably recognize many of the signature phrases and pirate-isms that sprung from the novel. The “yo ho ho and a bottle of rum,” the treasure map, the parrot, and the peg-legged Long John Silver are all here.

At the story’s center, though, is Jim Hawkins (performed wonderfully by Caroline Barry in a purposeful gender-switch casting move that works well), a 14-year-old boy who’s lost his father and gained a treasure map. Hawkins escapes the treacherous Blind Pew (played with relish by Peter Giffin), and befriends Squire Trelawney (a delightfully inventive and funny Gary Alan Wright), a wealthy man who decides to set sail to find the buried treasure.

Hawkins first encounters Silver (a terrific barrel-chested and double-barrel-voiced Logan Ernstthal) when the aging pirate saves Hawkins from a would-be thief. The two hit it off, but Hawkins eventually learns Long John Silver isn’t as pure and sentimental as he seems. It’s a difficult lesson.

Weitz and Benaiah Anderson (fine turns as both Israel Hands and Black Dog) provide sparks in the evening’s first sword fight set in the Hawkins’ inn.

The Mary Rippon suffered an unfortunate technical setback last week prior to the show’s opening when a converter that controls some of the stage lighting died. Word is, it will take another week to replace, but the theater has ample lights to illuminate the show in the meantime, as evidenced by Saturday night’s opening.

What was abundantly clear Saturday was that even when actors grow up, they can capture the joy of pretending to be pirates on a great adventure, just like kids on a playground.

Review: Noises Off is a resounding success