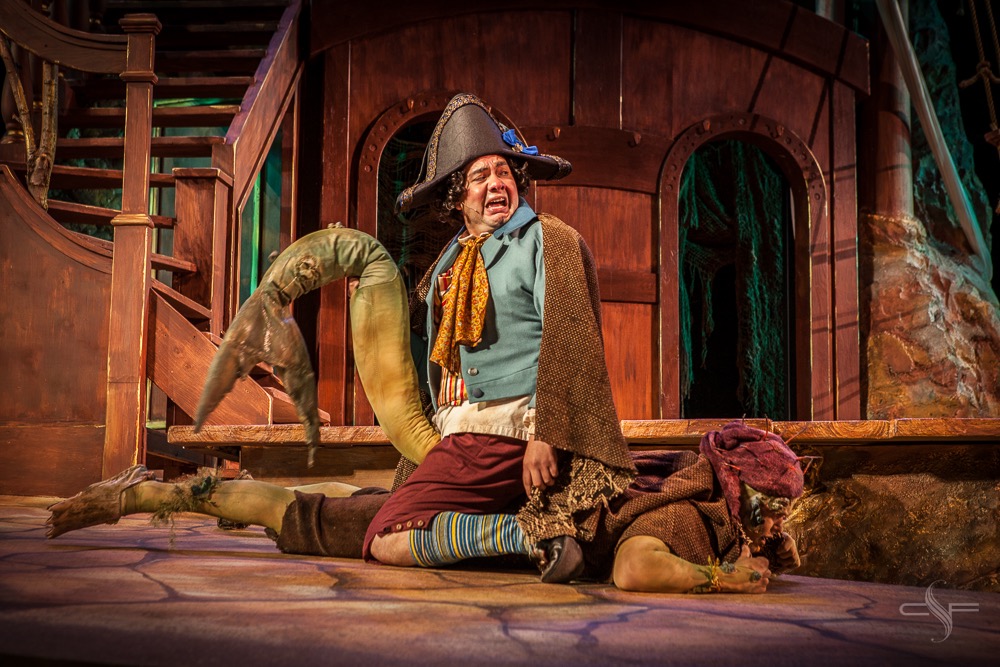 Geoffrey Kent’s A Midsummer Night’s Dream was the highlight of this past summer’s Colorado Shakespeare Festival, and now that the festival has just released its schedule for 2014, Kent is already mulling the production he’ll direct next year: The Tempest.

“I thought we made some bold choices on Dream,” he says. “The cast really grabbed onto the story we were telling and exploded it. The festival was a place where I could make risky choices and it felt like a great summer to make them.”

It was a great summer for CSF in many ways. The festival had been losing money for several years and the offerings varied widely in quality. Shakespeare aficionados were staying away, and the general public wasn’t taking up the slack. The festival takes place on the University of Colorado campus, and crucial support comes from the Department of Arts and Sciences. At the beginning of the 2013 season, the festival’s very existence was being called into question, with Arts and Sciences dean, Steven Leigh, demanding fiscal accountability and a clearer idea of the festival’s academic mission.

But in spring Philip Sneed left the position of CSF artistic director to take over the reins at the Arvada Center for the Arts and Humanities and Timothy Orr became interim producing director, carrying forward some of the ideas he and Sneed had set in place and instituting new ones. The festival began working with CU Presents, the marketing arm for other campus arts activities, and the results were more focused work in both marketing and public relations. Tickets went on sale earlier than in the past, and the season brochure came out in March instead of May. Mother Nature cooperated so that only one performance — a preview of Macbeth — had to be canceled in the outdoor Mary Rippon Theatre.

“Ticket revenue is 18 percent higher than last year,” says Orr, “with the same number of performances, and we came in under on expenses. The fiscal year ends in two months, but even very conservatively estimating, we will finish this season well in the black. We’re going to be making a repayment to the university on a subsidy we had last year. There were improvements to the Mary Rippon that we were going to amortize over four years; instead we’re going to repay that. This really puts us in a good solid position going into 2014.”

Leigh’s concerns about academic relevance were allayed by the festival’s work with university classes. In particular, well-known Shakespeare scholar Harry Berger taught a summer English class. “Every week we were bringing a director, actors or designers into his class,” says Orr. “We brought the whole class to rehearsals. At one point, they all did a vocal warm-up with our voice and speech coach to get the experience of putting Shakespeare up on his feet. And we plan to do more this summer.”

The application process for a new artistic director closed last month. The selection will be made in spring, in time for whoever is hired to set the 2015 season.

Artistically, last year’s offerings were an improvement, though the quality varied. A Midsummer Night’s Dream is an assured moneymaker for Shakespeare festivals all over the country, and Colorado’s is no exception. But the 2013 Dream outsold previous CSF Dream productions. Lively, inventive, insightful and hugely comic, it also won raves from area critics. It was followed by a solid Richard II, and a somewhat weaker Macbeth, redeemed primarily by the performance of guest actor Nigel Gore in the title role.

The next season’s productions are an interesting mix. The festival had planned to show Henry IV Part One and Part Two as a follow-up to Richard II and a prelude to a possible eventual Henry V. But the newly enthusiastic audience is unlikely to sit still — or even show up — for two long history plays. So Orr has wisely decided to present Part One in full production, and Part Two in two special showings. A second comedy, The Merry Wives of Windsor — one of Shakespeare’s lesser works — is also on the docket, and the season is rounded out by an old comic chestnut, I Hate Hamlet. For the first time, audience members will be able to sip full-strength beer and wine as they watch, which should add to the hilarity.

“What I love about Shakespeare’s romances,” says Kent, still musing on The Tempest, “is they contain the best of the tragedies and the best of the comedies. The play is able to swing from line to line from wonderful comedy to gripping tragedy, and that feels very human to me. There’s this long, dark look at the pursuit of revenge and the transformation into forgiveness: To truly forgive and expect nothing in return is one of the most beautiful things a human being can do — and it doesn’t happen in Shakespeare’s early plays. When that moment happens in Tempest, it should hit you like a ton of bricks.

“But you also get drunken clowns and smelly fish and magic, and it’ll have so much humor.”

Tickets go on sale today for the 2014 season. Keep reading for the CSF’s announcement of the lineup.

Review: Taming of the Shrew