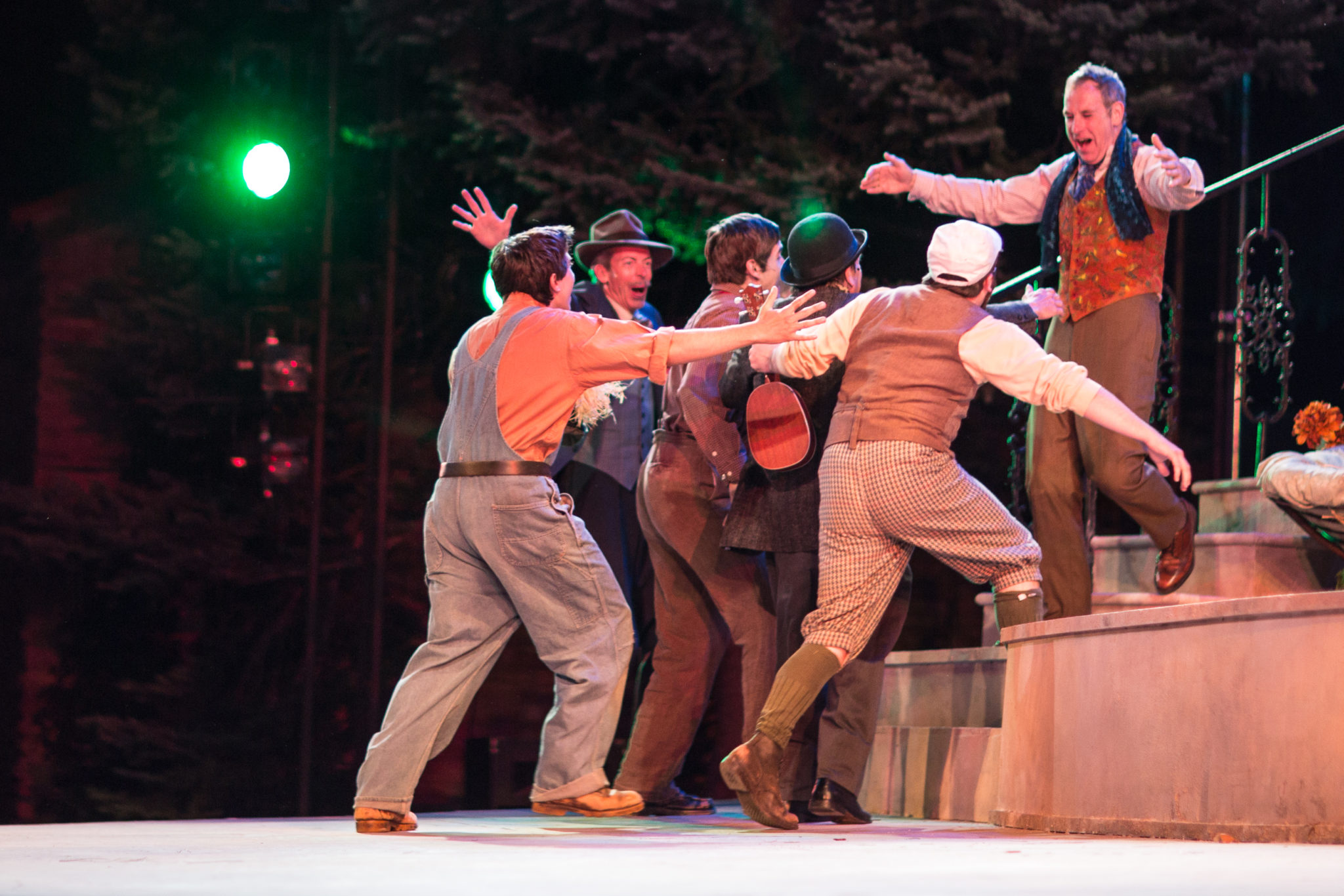 Review: The cast of A Midsummer Night’s Dream features no shortage of standouts

It’s hard for any actor to hold the audience’s attention when he’s on stage with a fantastic pro like Larry Hecht.

Oh, wait. I’d meant to begin with this: It’s hard for any actor to hold the audience’s attention when he’s on stage with a fantastic pro like Nigel Gore.

Or substitute any of these names in the same sentence: Jamie Ann Romero. Steven Cole Hughes. Jenna Bainbridge. Sean Scrutchins. Or switch in one of the surprising newcomers (at least to Colorado): Taylor Fisher, Sammie Jo Kinnett, Alex Esola.

In short, the cast for A Midsummer Night’s Dream, which opened the Colorado Shakespeare Festival’s latest season with a sold-out show this past weekend, has many strengths. When was the last time you even noticed who played First Fairy? Or Peter Quince? But when the former is Nicole Bruce and the latter Greg West, you not only notice — you remember. All of the performers provide moments of comedy, insight or pure delight. And the wonderful thing is that while everyone on stage is clearly having a good time, nobody’s self-absorbed, hamming it up or stepping on anyone else’s toes, thanks to director Geoffrey Kent’s terrific structure and pacing.

Kent’s approach to Shakespeare is respectfully disrespectful. He lets his actors improvise comic bits and mess with the text, as when Puck — who sports vivid new accoutrements almost every time he appears — asks an audience member if she likes his hat. Or when Titania rides the ass-headed Bottom across the stage intoning,”Gallop apace you fiery-footed steeds”: an inside joke, since Romero, who plays Titania, was the lead in Romeo and Juliet a couple of years ago. But while there are all kinds of silly bits of business — Oberon and Puck doing a ridiculous hip-shaking dance with their arms around each other, for instance — the goofing never gets in the way of the dialogue. You can understand exactly what’s being said and what each character is feeling, even as the four young lovers scream insults at each other and launch physical attacks.

This Dream is set in the 1920s. While I was researching last week’s cover story on the Colorado Shakespeare Festival, Kent told me he chose the period because women were testing limits then and demanding their rights (it also allows for great costumes and music). So this Hermia (forbidden by her father to wed Lysander) and Helena (in love with Demetrius, who loves Hermia) are both as strong-willed as they are ridiculous in their moony-eyed search for love. Titania is pretty tough, too. Even as she squabbles with her king, Oberon, and makes a swoony ass of herself over Bottom, she’s as secure in her right to rule the universe — or at least the English countryside — as the Queen herself, whether Victoria or (either) Elizabeth.

The tragedy of Pyramus and Thisbe, a play within a play created by “rude mechanicals” to entertain the gentry, is one of those scenes that occasionally make you wonder if every word Shakespeare wrote needs to be quite so venerated — because in most productions, this section is damn annoying. But here every one of the mechanicals is hilarious. The most obviously so is Gore, who plays Bottom and had me literally weeping with laughter a couple of times. But he doesn’t take over, because all the performances are perfectly balanced, including West’s Quince, William Roland’s Tom Snout and James Miller’s Snug. As for Bud Coleman’s Starveling: All you need to know is that Coleman once danced with Les Ballets Trockadero. Esola is Flute/Thisbe, and he has to stab himself right after Bottom’s insanely funny suicide as Pyramus. Poor guy, you’re thinking, how on earth is he going to follow that? The way he does it is not only surprising, but revelatory.

Romero and Cole make Titania and Oberon simultaneously silly and gorgeously majestic. Fisher’s Helena is profoundly endearing, and Bainbridge’s Hermia a wide-eyed, dark-haired beauty with a will of steel, unimpeded — or perhaps aided — by the actress’s pronounced real-life limp. Hecht isn’t a conventional Puck: He’s big, lazy, cunning and malicious, but so pleased with his own lumbering cleverness that you can’t help laughing with him.

The set is spare, the costumes and lighting perfect, the choreography evocative. And amid all the hilarity come moments of depth and magic. There’s a fascinating speech in which Bottom, returned to normalcy, attempts to remember what he experienced. I’ve seen other actors make this speech a touching glimpse into Bottom’s soul, but Gore, Titania’s delicate scarf in his hand, takes it further, adding an element of baffled longing that comes close to encapsulating this entire wondrous work.

Feature: ‘Titus Andronicus’ will be awash in blood

Feature: NY Times “What Creators these Mortals Be”
Scroll to top