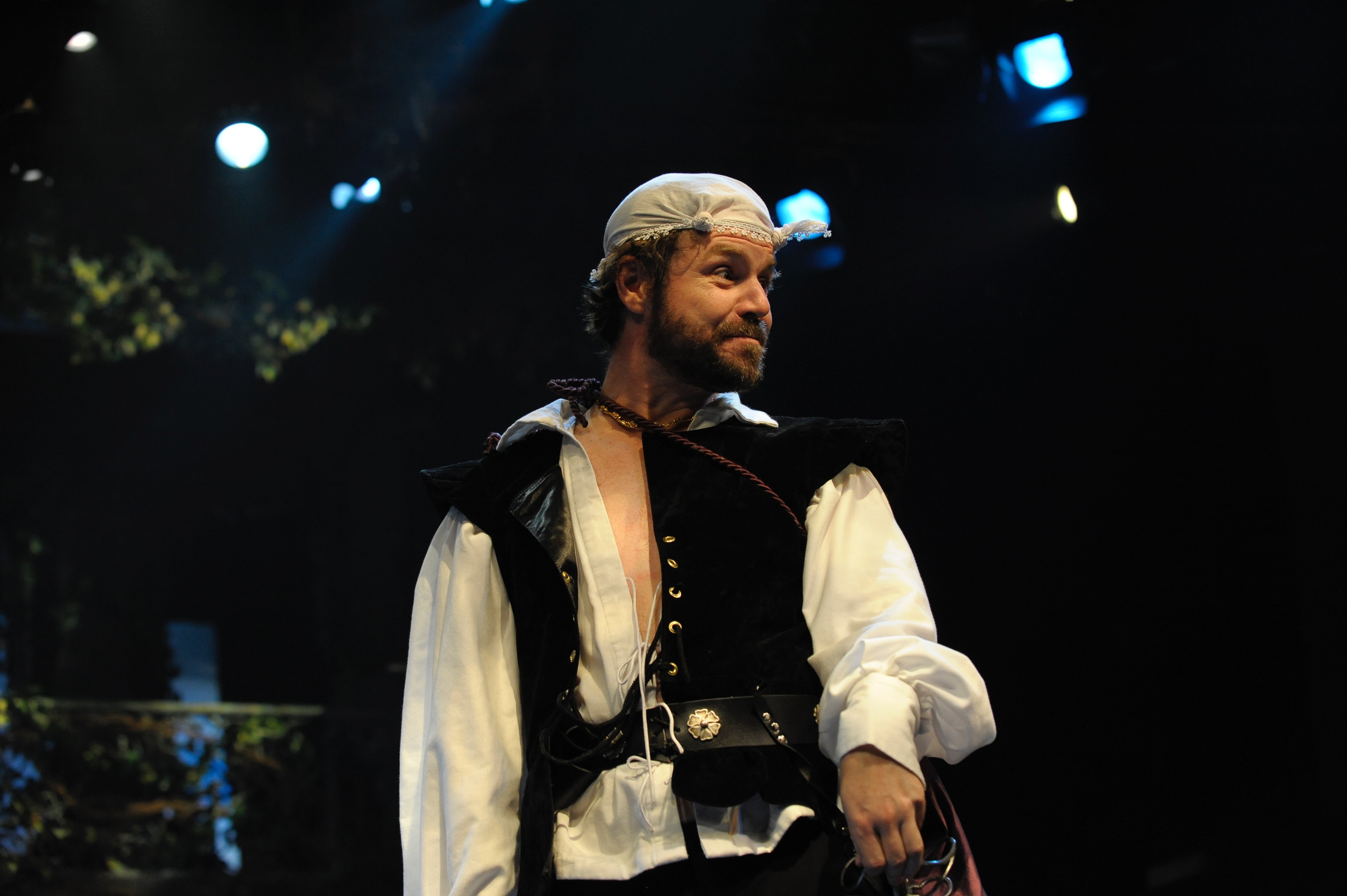 William Shakespeare, the father of three, knew something that seems to hold true everywhere and at all times: Teenagers can be whiny, self-absorbed, impulsive, discourteous and prone to violence. Romeo and Juliet, a play written at the beginning of his career, is the well-known tale of a gaggle of these self-same, all-too-recognizable, well-to-do adolescents with too much time on their hands and not enough maturity to know what to do with it. So they fall in and out of love, party hearty, provoke their elders and one another, and when push comes to shove, they shove way too hard. “I’m sorry, Officer, I didn’t know the sword was unsheathed!”

The play is so familiar that directors are constantly challenged to find new ways to render it. Arthur Laurents, Leonard Bernstein and Stephen Sondheim came up with West Side Story, moving the venue from the streets of Verona to the back alleys of New York. Film director Baz Luhrmann had the Montague and Capulet boys riding around in open convertibles and packing automatic pistols in what looks more like modern-day Miami than late-Renaissance Italy in his Romeo + Juliet. Orlando Shakespeare director Thomas Ouellette has also tried to put his personal stamp on the tragedy of the star-crossed lovers. Some of his ideas work well, some fail to resonate and some are wildly inappropriate and ineffectual.

Ouellette begins the play at the end, with Romeo and Juliet lying dead in one another’s arms. Fair enough; why maintain the pretense when we all know how it’s going to end? His company then proceeds with a fairly traditional production. Romeo moans and complains, Juliet preens, Mercutio soliloquizes, the Nurse prattles. The scene is clearly set in the past – the costumes are period, the language archaic. But then we move to the Capulets’ ball, where the smitten teens first meet, and all at once we’re at a rager, with Pink’s “Raise Your Glass” blasting from the speakers. I didn’t even notice when R & J espied one another, the dissonance was so glaring.

Things get somewhat back to normal for a while, but Ouellette can’t resist “improving” on the text. His splicing together of scenes in an attempt to move the plot along is an interesting tack, but otherwise jarring notes continue to, well, jar. Peter the servant makes a pointless homoerotic growl toward Romeo’s buttocks; stern Lord Capulet wraps himself in a tablecloth and sashays out of a scene; Juliet’s mother becomes a drunken Desperate Housewife; the Nurse borrows a program from a front-row patron and blows him a kiss; and Pink comes back for an encore during an overly long boudoir scene. Call me old-fashioned, but I just don’t get it.

Through it all, the cast’s portrayals are credible. Michael Raver’s Romeo may be a bit too tragic, but that’s just the way the part is written; Stella Heath is a lovely Juliet – bright, energetic and supremely lovable. Anne Hering’s Nurse is generally spot-on, notwithstanding her assault on the fourth wall, and Wynn Harmon makes a sympathetic Friar Laurence. Geoffrey Kent delivers the play’s best performance as Mercutio – all of the work’s violence, love and outsized emotion are embodied in his intelligent and affecting characterization. This is not the worst R & J I’ve ever seen. Nor is it the best.